Skip to primary navigation Skip to content Skip to footer

Wondering what you might catch? Check out our calendar!

Find the best time for you or the family to fish in Ketchikan.

Plan the perfect stay with our help, whether just a half-day charter or a six or eight-hour trip if you have the time. 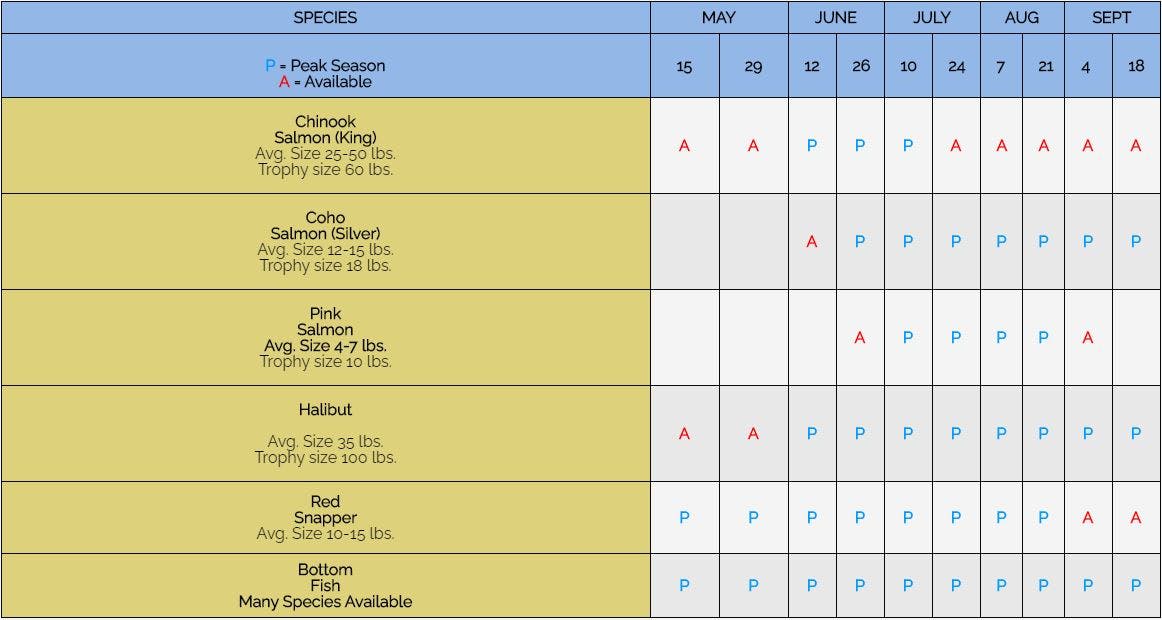